Advantages and disadvantages of modular homes 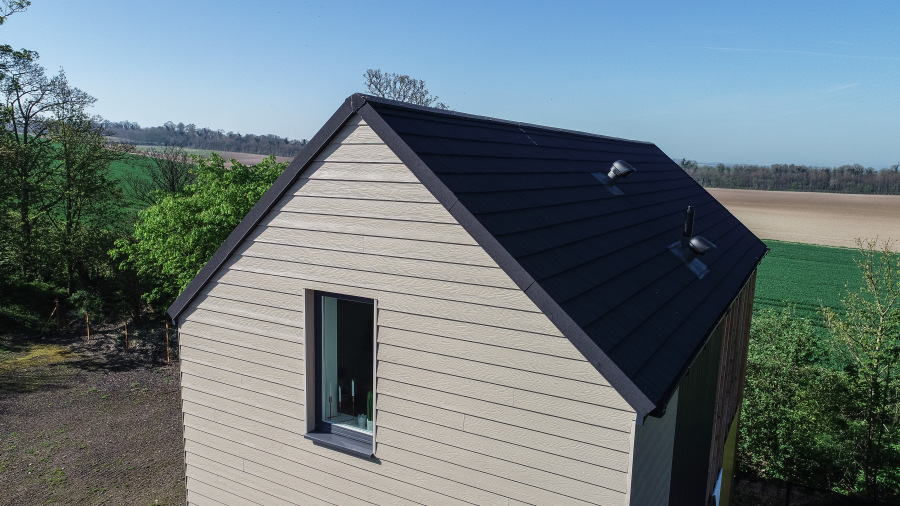 They are being hailed the ‘homes of the future’, and a possible solution to resolving the housing crisis that’s been plaguing the UK for a number of years.

We are, of course, talking about modular homes; prefabricated properties that are constructed in factories and transported to specified locations, where they are designed to stay forever (unlike mobile homes).

Times have moved on for modular properties. Their history stretches back to the post-WWII era, when they were constructed quickly and cheaply to meet demand. Today, modular homes are manufactured using the latest, high-quality, eco-friendly tools and materials, creating convenient and affordable spaces for the modern-day homeowner.

Let’s take a look at the advantages and disadvantages in more detail:

A huge benefit of modular homes is the speed with which they are constructed. While a traditional home would take an average of 40 weeks to be built, a modular home could be completed in a mere 10 days – with an additional 2-4 weeks until the home is in a livable condition. Now, you don’t need to be good at maths to know that’s a monumental time difference. And in an industry where time equals money, there are heaps of savings to be made on labour due as a result of the super-quick turnaround.

Another thing working in favour of modular homes is that they’re constructed off-site, under factory roofs. Adverse weather can’t put a halt to production – unless, perhaps, heavy snow stopped workers from getting to the factory!

Not only is the UK currently feeling the bite of the housing crisis, but people are also finding it more and more difficult to take their first step on the property ladder due to ever-increasing house prices.

Modular homes can offer a more affordable alternative. The Guardian talks about modular home manufacturers Ilke Homes, which is building fully-fitted, three-bedroom homes for £65,000 – £79,000. That’s a bargain, but you need to bear in mind that excludes the cost of the land, on-site assembly and connection to services. Realistically, you’ll be looking at paying double to triple the factory price, but that’s still cheaper than many manufactured homes.

Long gone are the days when modular homes were associated with sub-standard craftsmanship. In fact, it might surprise you to learn that many of the materials used to manufacture modular homes are the same as those used for traditional homes.

Modular homes can be built to the owner’s specification and can be constructed from materials like stone, brick and wood. Usually, the cladding and finishing touches are added to the home once it’s been transported to its permanent site, guaranteeing an exceptional look.

Slate, concrete or clay can be used for the roof, though it’s lightweight steel tiles that are proving to be a very popular material for modular home roof construction. Lightweight steel tiles are durable, practical for moving and are extremely energy efficient. They will also last more than 40 years if they’re installed the right way.

Modular homes are a greener choice compared with most traditional homes. One of the reasons why is because they’re more energy efficient, due to their tight specifications. Ilke Homes promises that it costs around 20% less to heat its modular homes than traditionally-built new properties, and half the cost of a typical UK home.

What’s more, modular homes can be constructed using sustainable materials and designed with energy-efficient features, like solar panels. In fact, the eco-friendliness actually starts at the build stage; with modular homes there is less (or no) waste produced on-site, because they are built in a factory. This limits the environmental impact associated with on-site construction.

As law firm Taylor Wessing notes, modular homes do pose some challenges with regard to financing. This is because, unlike with traditional houses, the funder will be lending against elements of the development taking place off-site, away from the property over which they have their security.

This can make lenders cautious, and rightly so, especially when you add this to the fact that lenders, such as mortgage providers, don’t have as much experience with modular construction, meaning that there’s a perceived lack of confidence.

If you’re buying a modular home, then you need to own the land on which you want to ‘build’ it. But you need to bear in mind that certain regions and areas of land may have restrictions not only on the type of house that can be built, but also the design of the property.

The good news is that modular homes are shaking off their reputation as unsightly, cheap-build properties. So, the areas that once would have downright refused the building of modular homes, may now accept them.

In most cases, your modular home should appreciate in value if the property market in general is moving in that direction. However, if you were to put it on the market, some people might still be put off by the fact it’s a prefab, which could make it difficult to sell. Hopefully, though, as more people become aware of the benefits of modular homes, this will become less of an issue.

Most people will agree that the benefits of modular homes far outweigh the cons. If you’re thinking about taking on a modular home project, Metrotile offers everything your rooftop requires. Get in touch today to find out more.