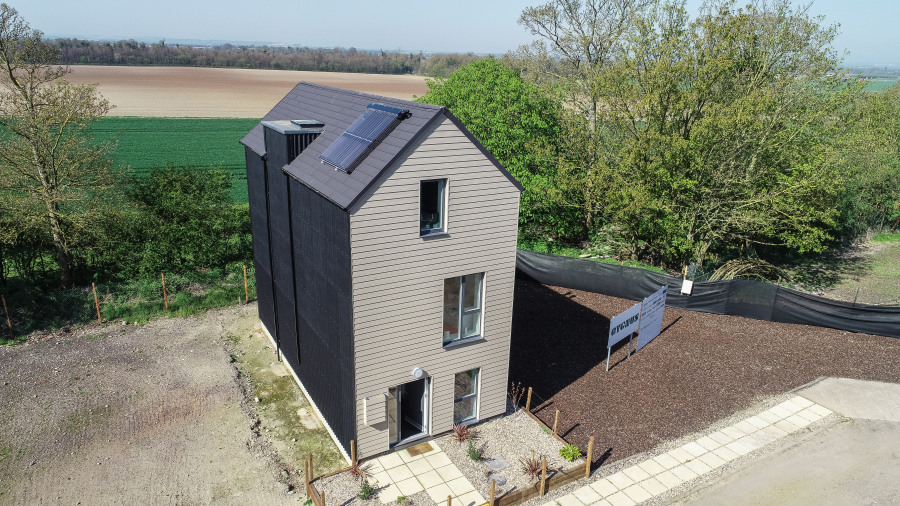 Could the traditional construction site become a thing of the past when it comes to building housing?

Increasingly, homes are being built in factories then transported to the site for assembly. Modular homes are a relatively quick, low-cost option, making them highly desirable as a way of meeting the UK’s housing shortage.

But gone are the days when factory-built homes suggested shoddy quality. Nowadays, building specs are high, and you can’t always tell by looking at a home how or where it was constructed.

So what are modular, manufactured and prefab houses, and will one really keep your family warm and dry?

Modular vs manufactured: what’s the difference?

You may encounter a variety of terms to describe homes that begin their lives in factories. The most common are manufactured, prefab and modular.

Manufactured homes are modern mobile homes. They’re constructed on a permanent steel chassis, attached to wheels, and towed to their site, where the wheels are removed. They sometimes come in sections, which are fitted together on-site. They’re then connected to supplies such as water and electricity.

Theoretically, manufactured homes can be reattached to wheels and transported elsewhere, though in practice this is rare. Such homes don’t generally have to meet full building regulations and their value is likely to depreciate.

Prefabricated, or prefab, is a term usually applied to homes from the post-war building boom. Despite their reputation for being low quality, many are still going strong today.

Modular homes rely on the very latest and highest quality building technology. Made from wood, steel or concrete, with plumbing and electrics fitted, they’re then transported in sections on truck beds and assembled by construction workers on a permanent foundation.

What are the advantages of modular homes?

It is modular houses which are being hailed as the homes of the future.

Their factory cost is around £65,000 – £79,000 for a two or three-bedroomed home with fitted kitchen and bathroom. The costs of land, on-site assembly, and fitting to services such as water will double or triple that bill, but still come in at lower than a traditionally-built home.

The real saving is in time. Manufacture takes one to two weeks and on-site work a further two to four, whereas a traditionally-built home takes on average 40 weeks. As they’re built in factories, factors such as bad weather don’t stop production.

Unlike manufactured homes, they don’t have to be small as they’re transported in sections, not in one piece.

Other benefits are improved insulation, which means that energy bills for occupants can be slashed in half. And if you have a mental image of an old-style prefab or park home in your head, think again: they can be designed to meet all sorts of aesthetic considerations.

How widespread are modular homes in the UK?

It’s the beginning of a boom time for the modular home industry.

The UK is currently aiming to build 300,000 homes a year to meet a chronic shortage, and modular homes are widely regarded as key.

Firms are building new plants: Ilke Homes recently opened a factory in Yorkshire which is currently producing 2,000 homes a year. This is set to rise to 5,000, which would make it one of the largest homebuilders by volume in the UK.

Among the first buyers have been housing associations and councils, which can order in bulk.

However, modular homes can cater to all areas of the housing market.

A key concern for the modular home industry is keeping weight low enough to transport. That’s where Metrotile comes in.

Our steel tile roof system is just one-seventh of the weight of traditional concrete roof tiles. That makes it easy to transport and places less pressure on the supporting frame and foundations – without compromising security or aesthetics.

Just like modular homes, our roofing is built to last. It meets and exceeds the standards of traditional roofing tiles: it can withstand extreme weather, is highly fire resistant, and requires no maintenance.

Metrotile is now the proud roofing material supplier for Ilke Homes and Cygnus Homes, which manufactures the innovative PassivHaus. We also recently became a member of the Modular & Portable Building Association (MPBA).